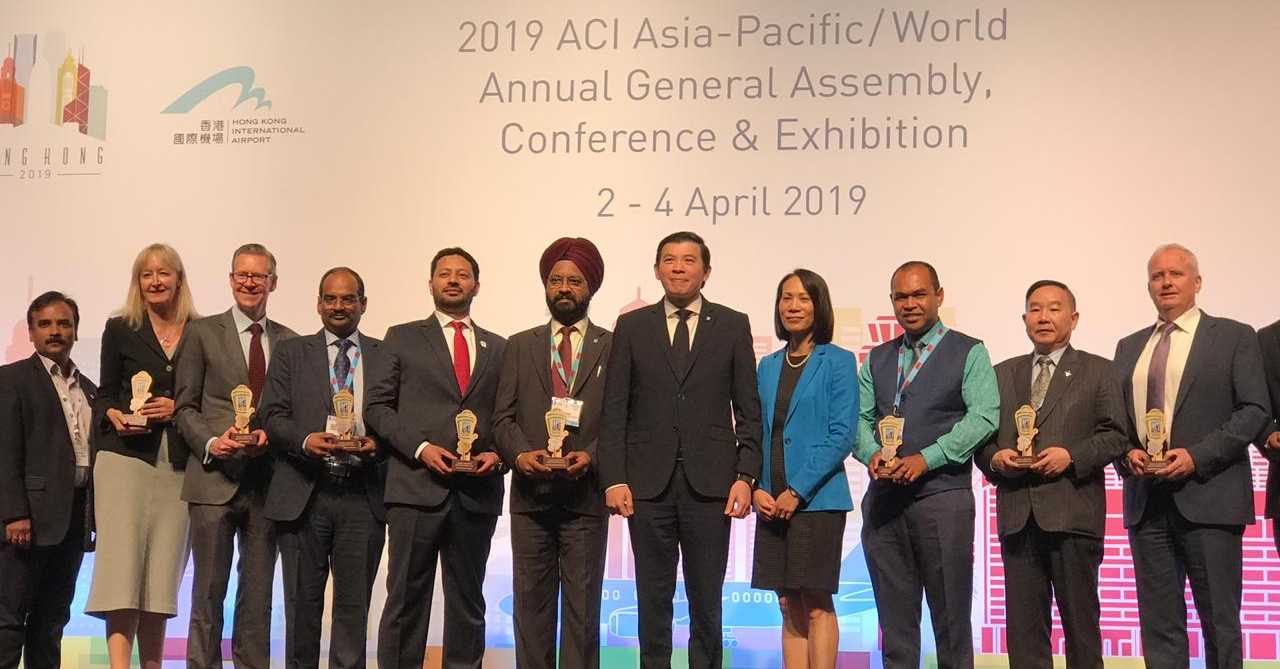 Al Bateen Executive Airport’s project was one of the best among 19 submissions, under this year’s theme "Green Airport Infrastructure". "Al Bateen VVIP" is an environmental project that aims to minimize the impact of aviation on the environment. Mohammed Al Katheeri, SVP Strategy & Communications at Abu Dhabi Airports, received the ACI Asia-Pacific Green Airports Gold Recognition trophy in a ceremony held during the ACI Asia-Pacific World Annual General Assembly, Conference and Exhibition which took place in Hong Kong, China.