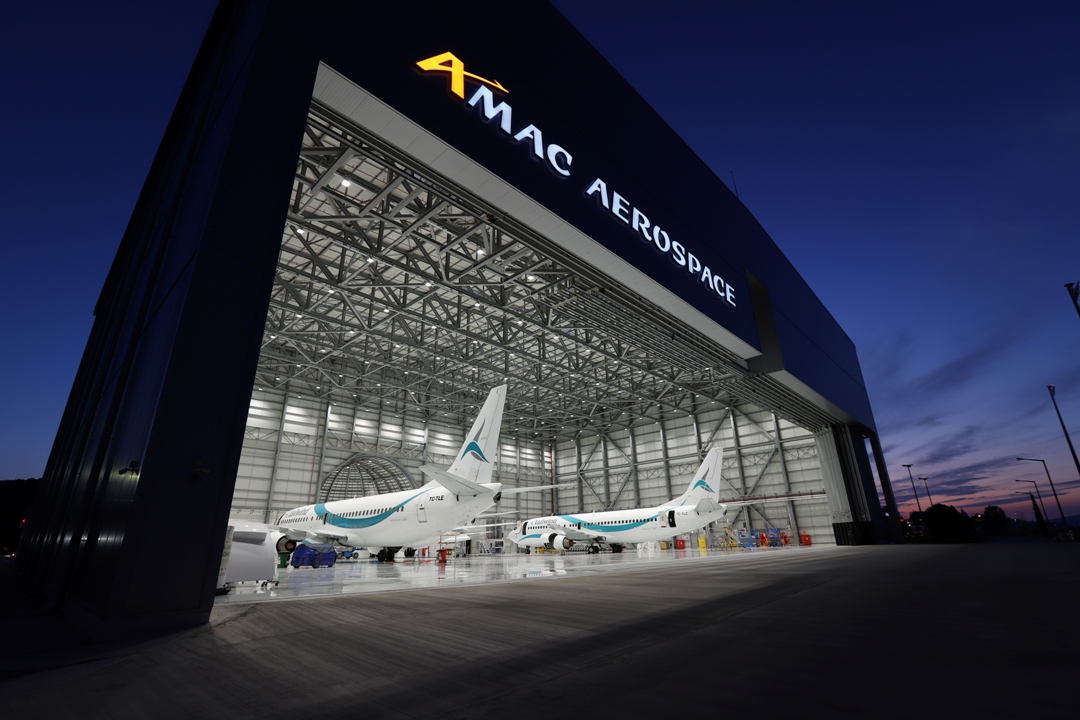 The company was also able to release two more aircrafts during this time period; a Head of State Boeing BBJ 737 base maintenance check was completed ahead schedule and to customer’s full satisfaction

Another maintenance project on a Boeing BBJ 777 was completed successfully in early June. The Head of State aircraft could leave Basel for its missions on time. In addition to an accomplished C-Check, AMAC’s dedicated licensed engineers and mechanics carried out major repairs and a partial cabin refurbishment. AMAC’s teams worked in three shifts to deliver the Boeing BBJ 777 on time and to customer’s full satisfaction.

As of mid-June, AMAC Aerospace successfully redelivered a Global 6000; the privately-owned Global 6000 underwent a 4C-Check and a 6-month check inspection. After the maintenance input, a registration change was performed before redelivering the Global 6000 to AMAC’s client.

Several new maintenance projects have been awarded to AMAC Aerospace: It opened its hangar doors in June for a Global 5000. The privately-owned Bombardier aircraft is undergoing a 2’200 hours due maintenance with SB’s (Service Bulletins).