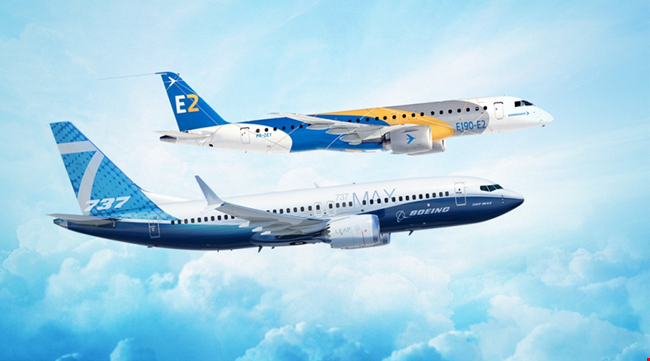 Boeing and Embraer continue to work closely together to establish their strategic partnership, positioning both companies to deliver greater value to airline customers and the flying public, and to accelerate growth in global aerospace markets.

Since receiving approval for the partnership from Embraer shareholders in February this year, the companies have undertaken diligent planning for the creation of a joint venture made up of the commercial aircraft and services operations of Embraer. Boeing will own 80 percent of the new company, to be named Boeing Brasil – Commercial. Embraer will hold the remaining 20 percent.

The transaction remains subject to regulatory approval; the two companies are actively engaged with authorities in relevant jurisdictions and have obtained a number of regulatory approvals. Following a detailed assessment by the U.S. Federal Trade Commission, the parties' strategic partnership has received clearance to close in the United States. The European Commission recently indicated it will open a Phase II assessment in its review of the transaction, and Boeing and Embraer look forward to assisting with that review. Based on this development, however, the companies now expect the transaction to close in early 2020.

Boeing and Embraer are also preparing to launch a joint venture to promote and develop markets for the multi-mission medium airlift KC-390. Under the terms of the proposed partnership, Embraer will own a 51 percent stake in the joint venture and Boeing will own the remaining 49 percent. Two KC-390 milestones were recently achieved by Embraer: the first KC-390 was delivered to the Brazilian Air Force, and the first international purchase was announced by Portugal.

The comprehensive Boeing-Embraer strategic partnership, embodied through these two joint ventures, will position the companies to compete in the global marketplace, to deliver greater value to customers, and to boost the Brazilian aerospace industry as a whole.