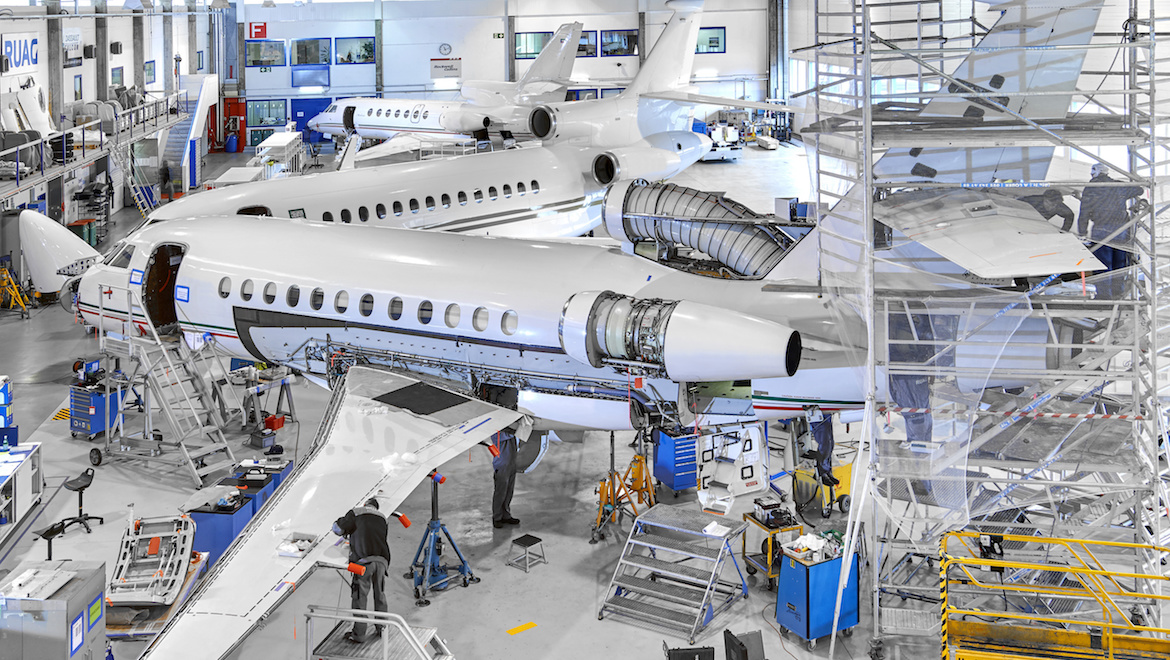 Dassault Aviation has extended its global maintenance, repair and overhaul (MRO) footprint with the acquisition of two facilities in Switzerland from RUAG Group.

RUAG said the sale was part of the separation of the company into two subsidiaries, comprising a defence-based company serving the Swiss armed forces and an internationally-focused aerospace technology unit.

The Swiss federal council outlined the strategic direction for RUAG in March.

“I am extremely satisfied that we have completed this transaction with Dassault Aviation, a leader in manufacturing and maintaining aircraft,” RUAG Group chief executive Urs Breitmeier said in a statement on Tuesday (European time).

“They are an experienced partner and can provide a strong foundation for successfully continuing operations in Geneva and Agno, as well as the future for the members of staff at both sites.”

RUAG said all 87 employees at the two sites – 73 at Geneva and 14 at Lugano – would be taken over by Dassault Aviation.

In February, the France-headquartered aerospace and defence company bought the European maintenance activities of the TAG Aviation Group.

And a month earlier, Dassault announced the purchase of Execujet’s worldwide MRO operations, which has facilities in 42 countries across in the Asia Pacific, Oceania, the Middle East and Africa.

“The acquisition of the business aviation activities of RUAG is part of our strategy to develop a worldwide MRO network of excellence and will allow Dassault Aviation to reinforce its footprint in Switzerland,” Trappier said in a statement.

“This acquisition will consolidate our network in Geneva and Lugano. Both Geneva and Lugano FBO activities will complement the full range of services offered by Dassault Aviation in Switzerland.”