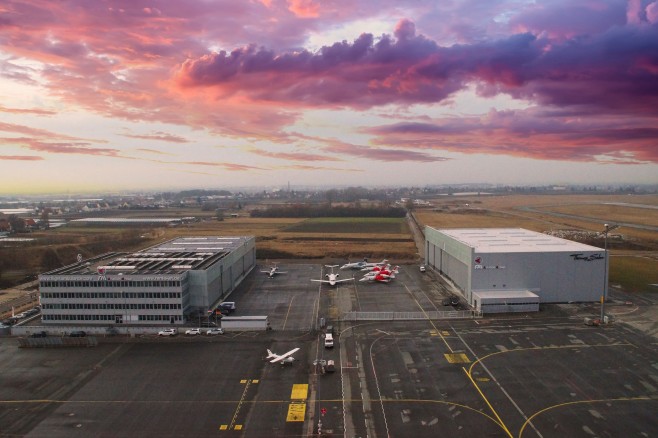 FAI was awarded the gong for scoring highly across several key parameters including level of service, quality of service, price versus performance, consumer recommendation and trust in the product.
FAI Aviation Group Chairman, Siegfried Axtmann, commented: “We’re delighted to be recognised by Focus Money. It’s an excellent endorsement for us which has been achieved by the sheer hard work and dedication of our great team and our continued investment in the company.”
Focus Money added their congratulations and said: “There is nothing better than being the best. Following our first ever detailed market survey of 20,000 brands in Germany, FAI Aviation Group, now belongs to one of the country’s best. Well done!”
The award comes as FAI continues to experience consistent growth and success. Last month, the company added its first Bombardier Challenger 850 to its 25-strong fleet. The aircraft which is available for immediate charter in 14-seat VIP configuration can also convert to a comfortable medevac transport. The additional aircraft serves to strengthen the company’s position as one of Europe’s largest Bombardier operators, which brings significant operational and cost benefits.

The company inaugurated its new 4,500 m2 carbon neutral Hangar 8 last year, the largest general aviation hangar complex in Germany complementing its existing 2,000 m2 Hangar 6 and 3,000 m2 Hangar 7.
The company also continues to grow its dedicated maintenance division, FAI Technik, at its Nuremberg, Germany base, which specialises in Bombardier Business Jets MRO. The division recently completed its fifth full Global Express aircraft cabin refurbishment.
Following record financial results in 2017, the division anticipates record financial results for this year with revenues of around € 12 m compared with € 9.7 m in 2017.
FAI is one of the world’s leading air ambulance jet operators, logging more than 10,000 hours per year flying air ambulance missions - which represents a distance of more than 100 times around the Globe.
The Focus Money Awards are based on the results of a German research study conducted by Focus Money and Deutschland Test supported by the Institut fȕr Management und Wirtsschaftsforschung (IMWF) and the International School of Management (ISM). A total of 256 business sectors were included and 33.4 million online responses were collated from customers across 20,000 brands.

AI Group operates Germany’s largest fleet of business jets and utilized ca. 13,000 hours of air time in 2017. FAI´s group fleet of 24 jet aircraft and one turboprop includes six Bombardier Global Express, five Bombardier Challenger 604s, one Challenger 850, 11 Learjet 60, plus one Premier 1A and one King Air 350. Headquartered at Albrecht Duerer Intl. Airport in Nuremberg, Germany, FAI runs a 14,000 m² carbon neutral FBO.
FAI Group employs a full-time staff of 200 people, including 60 mechanics and engineers at its inhouse MRO plus some 50 part-time physicians and paramedics.
The Nuremberg headquarters is supported by a sales and support office in Dubai, offering operational advantages in the Middle East. The company also operates a satellite office in Miami.
FAI was the recipient of the Diamond Safety of Flight Award from the European Business Aviation Association (EBAA) in May 2018 marking the highest safety recognition awarded by EBAA to member companies operating business aircraft for 50 years or 100,000 hours without an accident.