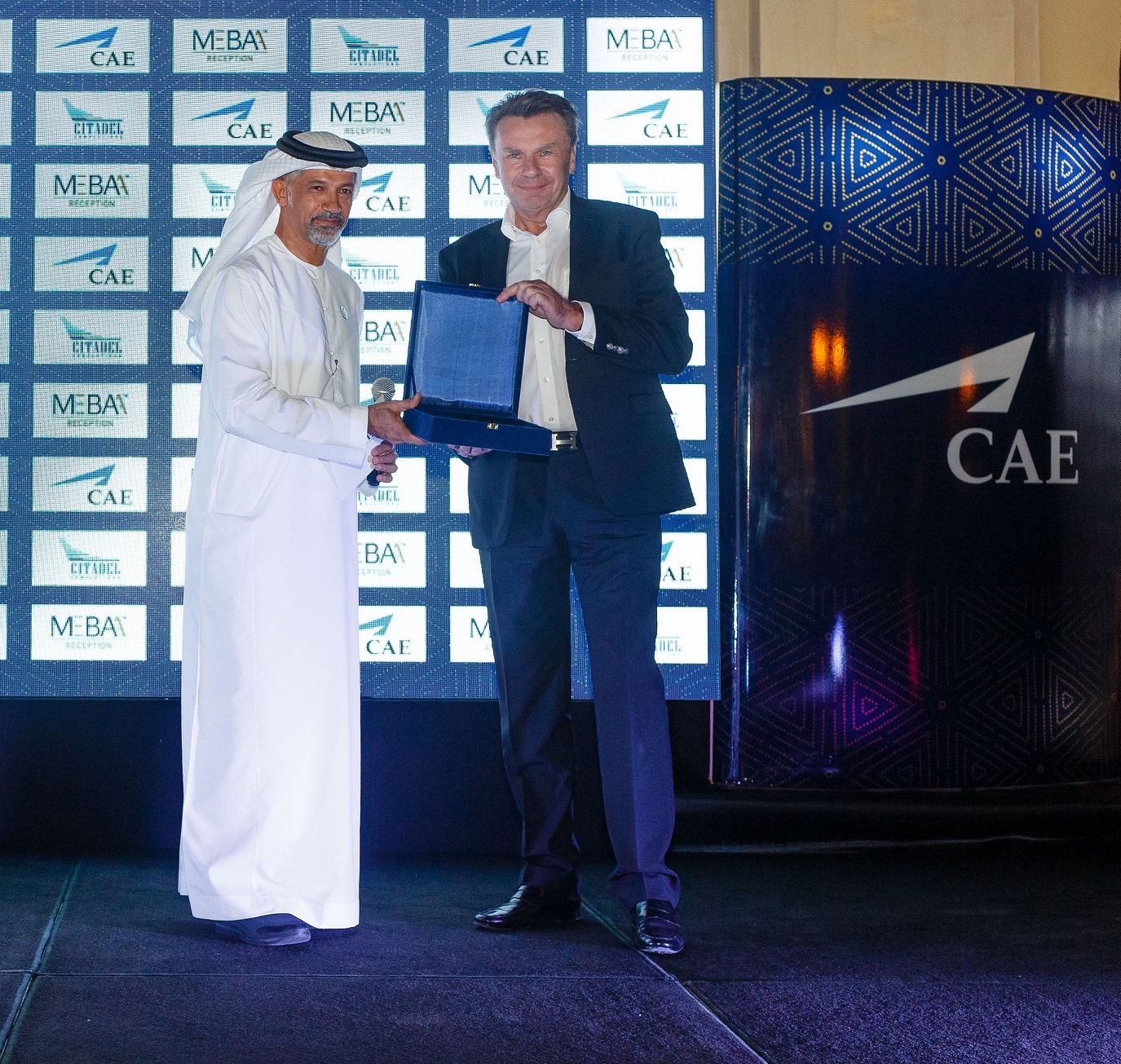 FAI Founder and Chairman, Siegfried Axtmann, proudly accepted the award from Ali Alnaqbi, Founding and Executive Chairman of MEBAA during a special member’s event at The Palace Downtown hotel, Dubai.

On accepting the Award, Siegfried Axtmann said: “I am very pleased to accept this award and proud to have been a member of MEBAA for 10 years. The Middle East represents an important region for FAI with some 20% of our activity taking place here. We look forward to continuing our support for MEBAA in years to come.”

FAI is the world’s largest air ambulance jet operator by revenue, logging far above 10,000 hours per year flying air ambulance missions. It is also Germany’s largest Bombardier business jet operator, boasts a fleet of 25 jets and logged over 13,500 hours in 2018.

MEBAA is a non-profit association established in 2006 with the mission to provide a platform for members of the business aviation industry in the MENA region and to gather, understand, and communicate the needs and benefits of the industry.

FAI Aviation Group operates Germany's largest fleet of Bombardier business jets and utilised more than 13,000 hours of air time in 2018. FAI´s group fleet of 25 jet aircraft and one turboprop includes six Bombardier Global Express, five Bombardier Challenger 604s, one Challenger 850, 12 Learjet 60 series, plus one Premier 1A and one King Air 350. Headquartered at Albrecht Duerer Intl. Airport in Nuremberg, Germany, FAI runs a 14,000 m² carbon neutral FBO.
FAI Aviation Group employs a full-time staff of 200 people, including 60 mechanics and engineers at its in-house MRO plus some 50 part-time physicians and paramedics.
The Nuremberg headquarters is supported by a sales and support office in Dubai, offering operational advantages in the Middle East. The company also operates a satellite office in Miami in support of its sales and acquisition activities in the Americas.