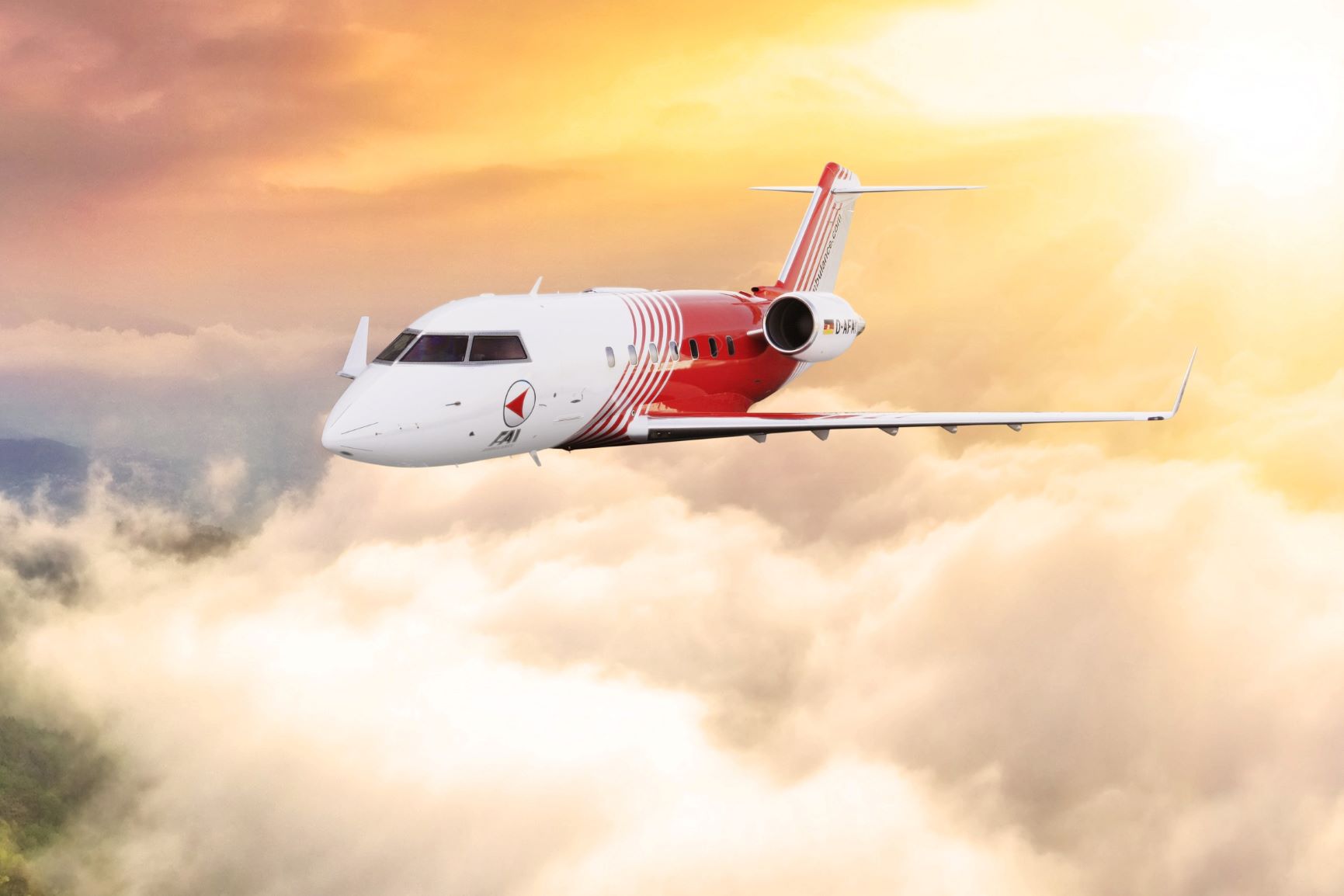 FAI Technik GmbH, the expanding German MRO supplier and member of the FAI Aviation Group, has completed two FANS installations on two Bombardier Challenger 604s (D-AFAA and D-AFAG) during October/November. It has also just commenced a further installation, scheduled for completion by mid-December 2019.

Simultaneously, FAI Technik GmbH has received an EASA-STC for a Garmin ADS-B solution for a Bombardier Learjet 60, designed by FAI Engineering in collaboration with FAI’s Part 21-Design Partner S4A, located in Madrid, Spain.   With three Learjet 60 ADS-B modifications already completed, FAI Technik is now seeking to modify another three Learjet 60 models before year end.  This will mean that FAI’s entire Air Ambulance fleet, comprising six Learjet 60s, plus four Challenger 604s, will be ready for unrestricted Transatlantic flying by the end of this year.
Its six other European based Learjet 60s are scheduled for ADS-B modification in the first and second quarters of 2020, respectively, in time for the EASA mandate by June 2020.

About FAI Technik GmbH
FAI Technik GmbH is a 100 % subsidiary of German GA-Operator FAI rent-a-jet AG.
Operating as a full service FBO and MRO with a hangar floor space of 14,000 m2 (150,700 sq.ft.), FAI Technik is licensed for base and line maintenance of the Learjet 60, Challenger 600-series and Bombardier Global Express 700-series, including modifications, aviation upgrades, interior refurbishment and component services such as batteries and wheels.   FAI´s EASA part 145 licence is approved by the Cayman Islands and Bermuda, as well as the US FAA and Nigeria.  FAI Technik is a distributor for Collins Aerospace, Gogo Business Aviation and GARMIN.

About FAI Aviation Group Holding GmbH
FAI Aviation Group operates Germany´s largest Bombardier business jet fleet, flying 25 of them. The fleet comprises six Global Express, one Challenger 850, five Challenger 604s, 12 Learjet 60s, together with one Premier 1A light jet and one King Air 350 turboprop.
FAI was proud to receive the Diamond Safety of Flight Award from the European Business Aviation Association (EBAA) in May 2018, marking the highest safety recognition awarded by EBAA to member companies operating business aircraft for 50 years or 100,000 hours without accident.  In autumn 2018 FAI Aviation Group scooped “Germany´s Best Airline” accolade in the 2018 Focus Money Awards.
In October 2019 FAI’s Air Ambulance Division was one of three finalists for the 2019 ITIJ industry award – Air Ambulance Company of the Year.  During the Dubai Airshow last month FAI was honoured with an Aviation Annual Achievement Award, in recognition of its 30 years of air ambulance and special mission flying and a 10-year anniversary award from MEBAA, reflecting the fact that 20% of FAI’s flying activity is now in the Middle East.