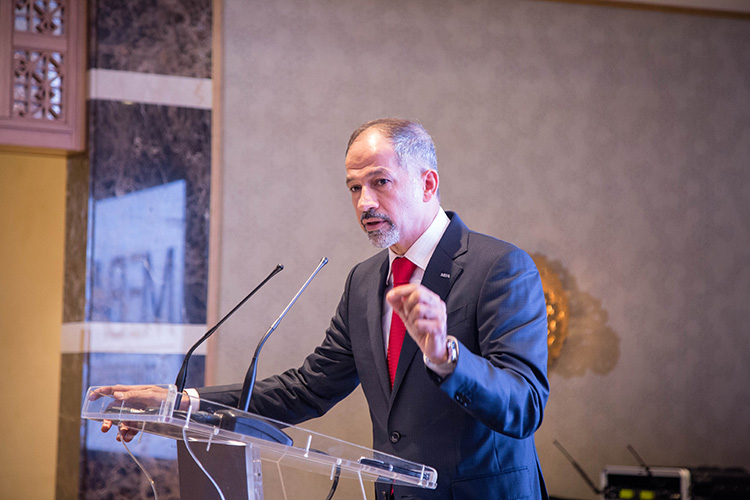 Business aviation has made huge strides in the Middle East over the last decade or so, but growth is being hampered by high prices and a shortage of suitably sized aircraft for charter.

That’s the belief of Ali Ahmed Alnaqbi, founder and executive chairman of MEBAA, the Middle East and North Africa Business Aviation Association. He is here at NBAA in that role and as the vice chair of the International Business Aviation Council.

Alnaqbi founded the association 13 years ago to help support a fragmented business aviation industry in the region, and can point to many successes, not the least of which are the biennial MEBAA business aviation shows in Dubai and Morocco.

“We have managed to bring business aviation to the minds of governments. When they are thinking about aviation, business aviation is number one. No plan is happening in any country without accounting for business and private aviation. That’s a huge achievement,” he told ShowNews.
MEBAA’s efforts to promote awareness have resulted in better access to airports and airspace for business jets as the fleet of aircraft registered in the Middle East and North Africa has grown from 450 to more than 650 aircraft over the last decade or so.

The number of companies operating aircraft on their own AOC (air operator certificate) has doubled to 60, Alnaqbi noted, and more facilities are available, such as the FBOs opening in Morocco.

“When we started, there was only one proper FBO in Dubai; now there are seven,” he says. MEBAA, he adds is constantly explaining how business aviation has participated in the growth of the economy, creating jobs and companies and attracting business to the Middle East.

“I underestimated that. So I focused on changing the mind-set that business aviation was just for luxury and VVIPs, to it being a business tool that aids productivity and corporate profitability.” Alnaqbi is also promoting its potential for charity work, and is exploring setting up a program similar to the Corporate Angels Network that aids cancer patients.