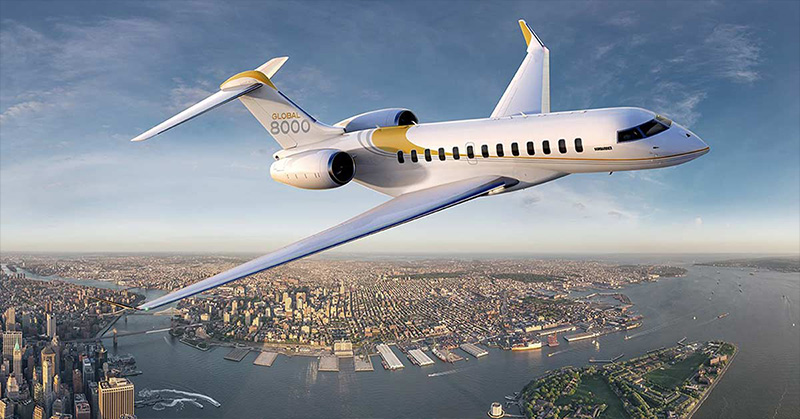 Private jets are boosting the market despite general economic decline

Business aircraft deliveries are expected to rise 9% this year to about 690, and will climb to about 740 planes next year, according to an annual report from Honeywell International Inc. released Sunday.

Private jets that can fly faster and go longer distances are causing a surge in new corporate-jet deliveries from General Dynamic Corp.’s Gulfstream unit, Bombardier Inc. and Textron Inc.’s Cessna. Innovations that have spurred sales include better fuel-efficiency, roomier, quieter cabins and gadget-packed cockpits that can predict the weather and smooth out bumpy rides.

The rise in deliveries come as the U.S.-China trade war, the U.K.’s looming break from the European Union, and a shaky global economy threaten to cut the momentum short. Shipments of private jets will fall off slightly in 2021, according to Honeywell’s report, which is the broadest survey of private aircraft operators to gauge sale trends.

In the meantime, the current gains are a welcome boost for a $20 billion industry that has yet to return to the frothy heights preceding the 2008-2009 recession, when deliveries peaked at 1,300 aircraft. Corporate jets were a prominent casualty of the crash when companies focused on cutting costs and using their cash to buy back shares instead of renewing fleets.

The market got a lift in 2017 when the U.S. approved a new tax break that allowed the immediate write-off of a plane’s total cost, spurring buyers to scoop up used jets.

Bombardier is banking on the Global 7500, the largest purpose-built corporate jet that began deliveries in December, to bring in much needed cash. The Canadian company is also poised to start shipping its Global 5500 and 6500, which are basically older models refreshed with new engines and cockpit technology.

Gulfstream signaled it will reveal a new aircraft design on Oct. 21 at a private-jet conference in Las Vegas. The new model follows two other new planes already in service, the G500 and G600.